If you made any changes in Pure these will be visible here soon.

My most recent monograph, Suicide Century: Literature and Suicide from James Joyce to David Foster Wallace (Cambridge University Press, 2017), investigates suicide as a prominent theme in twentieth-century and contemporary literature: I argue that with the waning of religious and legal prohibitions on suicide in the eighteenth and nineteenth centuries and the increasing influence of medical and sociological accounts of its causes and significance in the twentieth-century, literature responds to suicide as an increasingly normalized but incessantly baffling phenomenon.

With Cambridge University Press, I have published monographs on Keats and audience (1994), on Romanticism and posterity (1999), and on Wordsworth and the theory and practice of writing (2007), and have edited William Wordsworth in Context (2015). My other books include a study of the poetics of ignorance in Romantic and post-Romantic writing (Manchester University Press, 2009), and books on Elizabeth Bowen (with Nicholas Royle; Palgrave Macmillan, 1995) and Katherine Mansfield (Northcote House, 2004). My work on literary theory includes An Introduction to Literature, Criticism and Theory (with Nicholas Royle; 5th edition, Routledge, 2016), This Thing Called Literature: Reading, Thinking, Writing (with Nicholas Royle; Routledge, 2015), and The Author (Routledge, 2005). I have also edited two books on reading theory: Readers and Reading (Longman, 1995), and Reading Reading: Essays on the Theory and Practice of Reading (Tampere English Studies, 1993).

I have recently begun a book-length study of what I call 'radical contingency' in Keats's letters (working title: The Letters of John Keats: A Critical Study); I am also editing the Cambridge Companion to Kazuo Ishiguro (forthcoming, 2022); and I am currently writing contributions to scholarly books on Ishiguro and on suicide in contemporary fiction.

I have supervised current and previous research students on a range of topics: Wordsworth and education; Wordsworth’s spousal verse; Dorothy Wordsworth’s commonplace book; purity and intoxication in Keats; Keats and Benjamin Robert Haydon; Keats and the Pre-Raphaelites; Romantic ‘last man’ literature; De Quincey and reception; Language and Landscape in William Barnes; Mansfield, Bowen, Rhys and exile; Elizabeth Bowen and trauma; modernist writers and boredom; science and technology in modernism; Wallace Stevens and literary theory; DeLillo and communication; Pat Barker and trauma; twentieth-century autobiographical writing; David Foster Wallace and embodiment; and Philosophical Scepticism in David Foster Wallace. I am happy to consider supervising prospective research students interested in working on a range of Romantic and twentieth-century writers and topics: please get in touch if you would like to discuss your research plans.

At undergraduate level, I regularly teach on the Literature 1740-1900 period unit, and I convene and teach 'special-subject' units on 'Writing the Self: Literature and Autobiography' and 'James Joyce'. For the MA, I contribute to units on 'Romantic Poetry and Poetics', and 'Modernism, Experimentation and Form'.

I am currently Director of Research and of Postgraduate Research for the Department of English, and chair the departmental Research Advisory Group. 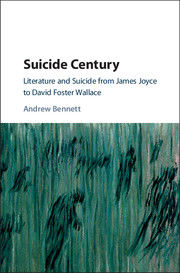 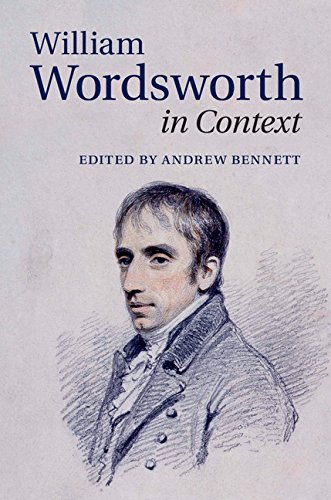 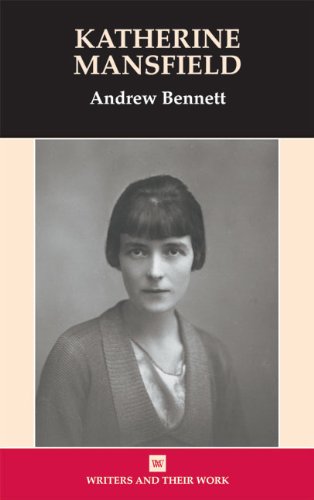 POETRY AND IGNORANCE: EPISTEMOLOGIES OF LITERATURE

‘An Element of Blank’: On Literary Ignorance

Research output: Chapter in Book/Report/Conference proceeding › Chapter in a book

Inside David Foster Wallace’s Head: Attention, Loneliness, Suicide and the Other Side of Boredom

Research output: Chapter in Book/Report/Conference proceeding › Chapter in a book

Seminar at the English Department, University of Düsseldorf

Activity: Participating in or organising an event types › Invited talk

Activity: Participating in or organising an event types › Participation in conference

Activity: Participating in or organising an event types › Participation in conference

Elizabeth Bowen and the Writing of Trauma

The Phantom Of Mary Hutchinson: Spousal Presence and Absence in the Poetry of Wordsworth

File
Your message has successfully been sent.
Your message was not sent due to an error.
If you made any changes in Pure these will be visible here soon.